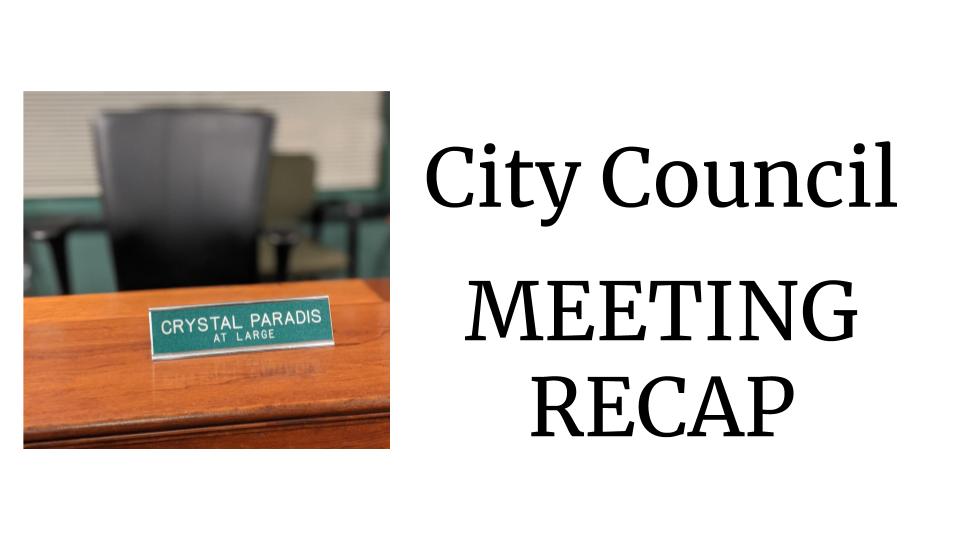 In case you missed it (ICYMI), here are some notes from our last City Council meeting, which took place at City Hall at 7pm on Wednesday, January 8, 2020. You can watch a video of the full meeting here.

Issues and items before the Council this meeting, and notes on outcome and/or discussion:

If you have any questions, let me know — or come to the next Coffee with a Councilor or City Council meeting!

I wish the Mayor, the new City Council and the new School Board a healthy, safe and successful term as they serve the people of Somersworth.

Despite a record number of unsheltered people seeking a place to stay, Dover, Rochester and Somersworth have dissolved the committee in charge of addressing homelessness in the Tri-Cities. https://www.seacoastonline.com/story/news/local/2022/01/05/dover-rochester-somersworth-homelessness-committee-dissolved/9076494002/

The Tri-Cities dissolved the committee in charge of addressing homelessness, with plans to organize a new group of city professionals. As the warming center sees record numbers of unsheltered clients, some question if now is the right time to change course
https://www.fosters.com/story/news/local/2022/01/05/dover-rochester-somersworth-homelessness-committee-dissolved/9076494002/

Getting vaccinated and boosted is the best way to keep yourself and those around you safe. Here is how you can register for your booster shot, if you haven't received it already:

Haven’t got your COVID booster yet? Sign up to get boosted at one of 14 locations across the state. We know boosters are the strongest defense against the omicron variant. You can register now.

Glad that my final piece of legislation unanimously passed Somersworth City Council this week. I hope that efforts to reverse the PUC's terrible gutting of the Energy Efficiency program are successful. These programs save taxpayer $, reduce rates & protect the environment. https://twitter.com/CP4Somersworth/status/1471919366828605443